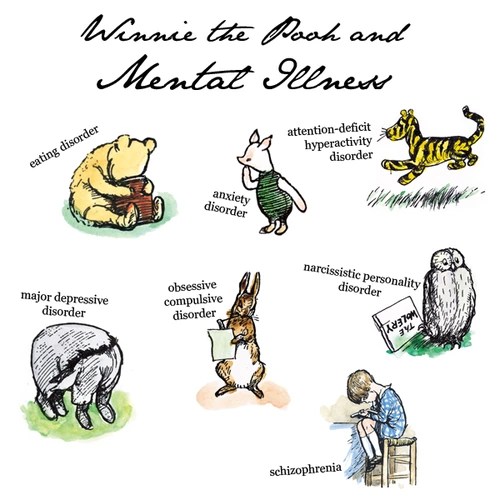 Psychiatry is a branch of medicine that focuses on understanding mental disorders and their treatment. Mental disorders are a variety of conditions characterized by symptoms that interfere with a person’s ability to function. They may be short-lived or long-term. Many factors contribute to the development of a mental disorder.

In the United States, anxiety disorders make up about 30 percent of all diagnoses. Symptoms include intense fears and anxieties about social situations. These disorders can also impact a person’s everyday life and educational performance. They may also lead to significant distress, which causes people to avoid seeking help.

Other common psychological disorders include obsessive-compulsive disorder (OCD) and social anxiety disorder (SAD). Both of these disorders are characterized by feelings of extreme fear or anxiety. These disorders are also considered to be extremely intrusive and often result in excessive or unreasonable compulsions.

Other psychological disorders include impulse control disorder, gambling addiction, and dyspareunia. These disorders may affect a person’s relationship with other people, including their spouse or partner. These disorders can also affect their ability to work and acquire employment. Some of these disorders are related to mental illness, such as depression and schizophrenia.

Many people with a mental disorder have a family history of mental illness. They may also be at increased risk because of their genetic makeup. Some studies have found that a certain gene may increase the risk of developing a psychological disorder. Other studies have found that environmental exposures prior to birth are associated with a higher risk of developing a mental disorder. These disorders are often treated using specific therapy or medicine.

Psychological illness is more widespread than previously thought. Estimates of the prevalence of common mental health disorders vary by survey period and location. Studies have found that people with depression have a four times higher risk of suicide than those without. They also have a lower level of self-esteem and social contribution. During a depressive episode, a person may feel hopeless and lack energy. They may also experience thoughts of death or violence against others.

These symptoms may be caused by a wide variety of factors, including life events and the person’s environment. These factors can include social stress, bullying, neglect, abuse, and other events. The person’s own perception of reality can also be dysregulated. Some of these symptoms may also be produced by the person for self-benefit. Other symptoms may be caused by an impairment of the neurotransmitter networks in the brain, which carry signals to other parts of the brain. These networks are weakened or faulty, leading to emotional disorders.

The most common psychological illness is depression. People who suffer from depression may also experience acts of violence against others. The risk of suicide is especially high in people with severe depression. Depression has no known cure, but it can be treated with medicines and psychotherapy. In addition to depression, other common mental health disorders include anxiety, schizophrenia, and bipolar disorder.

Depression is a chronic illness, which may affect people throughout their lives. It may also affect people’s motivation, which decreases their ability to work effectively. This may lead to an increased dependence on welfare and social services. Depression may also affect relationships with family and friends.