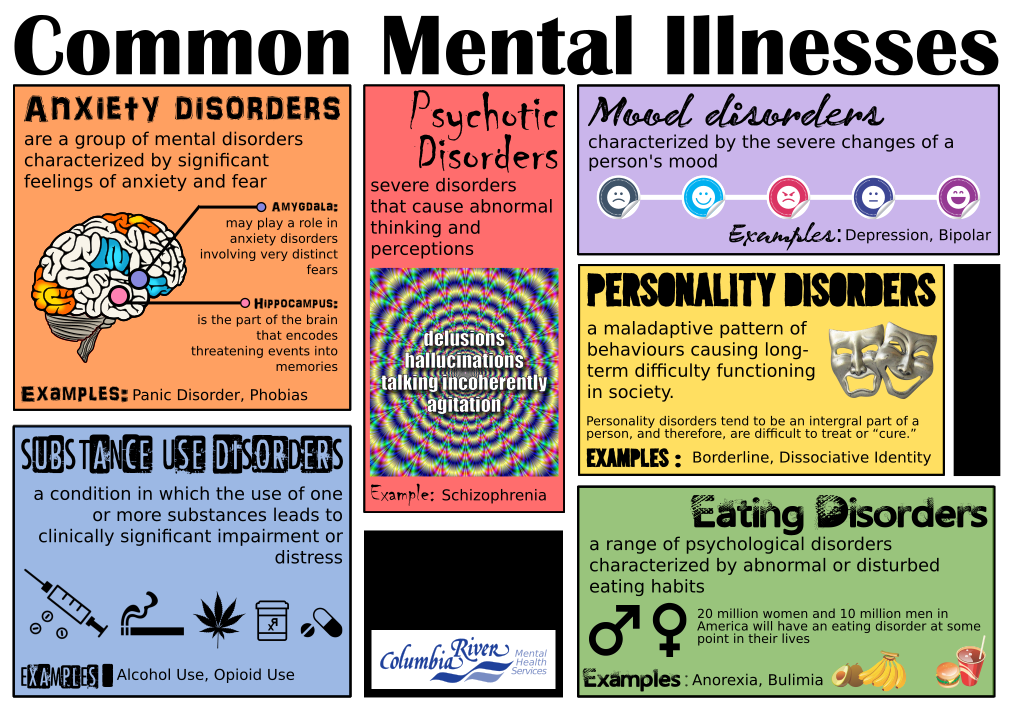 Psychological illness can disrupt every aspect of a person’s life. Families and communities are challenged to find ways to cope with the disorder. In addition to treating the patient, a mental health professional can help the person’s family cope with the illness. The professionals at Discher and Associates understand the complexities of psychological illness. These illnesses can interfere with a person’s thinking, emotions, ability to relate to others, and daily functioning.

Common psychological illnesses include depression, post-traumatic stress disorder, and anxiety. Together, they make up 30 percent of all mental health diagnoses in the United States. While there are some differences between these conditions, they all share a common characteristic: extreme feelings of fear and extreme apprehension about a variety of situations. Symptoms of these disorders can range from generalized anxiety to specific types of phobias.

Symptoms of psychological illness include depression, anxiety, and obsessive-compulsive disorder. Psychiatrists use a symptom list called the Diagnostic and Statistical Manual of Mental Disorders (DSM), to diagnose a patient. While this list is not comprehensive, it contains information about each disorder, including its definition, symptoms, and treatments.

Depression is a serious psychological illness that affects a person’s everyday life. It can cause a person to become withdrawn, feel hopeless, or have thoughts of suicide. Treatment for this illness includes medicine, therapy, and lifestyle changes. Early diagnosis and treatment are essential. For the best results, you should visit a psychologist or psychiatrist as soon as you suspect you are suffering from the symptoms of depression.

Schizophrenia is a lifelong mental health condition affecting a person’s ability to think clearly, regulate emotions, and relate to other people. It’s estimated that about 0.64% of adults in the United States suffer from schizophrenia. The disease can affect anyone of any age, though men are more likely to suffer from it than women. Treatment for schizophrenia can help a person live a full life.

In some high-income countries, primary care is the first level of mental health care, providing ongoing treatment for mild-to-moderate conditions. In France, the primary care system also includes home visits. In Norway, local governments fund multidisciplinary mental health teams that provide community outreach. In the United States, team-based treatment models are available in some areas, but there are still barriers to access and coverage.

Psychosis is a dark drama with a psychological illness at the core. The plot centers on the character Nina Sayers, an aspiring ballerina, and her troubled relationship with her roommate’s mother, Erica (Barbara Hershey). Erica is narcissistic and spends all her time painting pictures of herself. She intrudes on Nina’s space and even threatens to throw away a birthday cake.